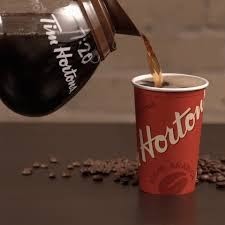 Every morning, we see students and teachers alike flood the nearby Tim Hortons for a delicious cup of coffee. Most people don’t give this a second thought; getting coffee has become a part of many people’s daily routine, but at what cost to us?

In a survey, I asked 100 people how many times a week they go to Tim Hortons, and about how much they spend each week.

Knowing how much money you spend, are you going to cut back on your coffee addiction? You could try putting away the money you would have spent on a coffee and start saving for that car you’ve always wanted, or if giving up that jitter juice isn’t an option, try a cheaper and more efficient alternative by making your own iced mocha coffee, iced caps and french vanilla lattes at home.