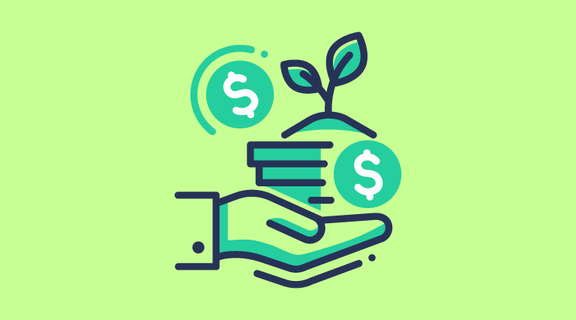 As the issue of climate change continues to heat up debate and controversy, many of us are seeing changes in how and what people consume. Words such as sustainability, minimalism, and ethical consumption have been bouncing around lately. What does all this mean? Are these new principles an important new step in combating the climate crisis? Or are they merely just a fad with no real impact on the environment?

First, we need the facts on climate change. The problem with a change in climate isn’t necessarily the fact that it’s changing; the Earth has already gone through periods of natural climate change due to small variations in Earth’s orbit that change the amount of solar energy our planet receives. The true problem is the rapidity of change and the reasons behind it. The planet’s average surface temperature has risen about 1.62 degrees Fahrenheit since the late 19th century, and data from NASA’s Gravity Recovery and Climate Experiment show Greenland lost an average of 286 billion tons of ice per year between 1993 and 2016. Scientists have found significant evidence supporting the idea that human activity, in the form of excess carbon dioxide production is causing these issues. Plastic pollution and overflowing landfills is also a big contributing factor.

As this problem continues to affect our environment, it also affects our culture. Many people are making the switch from commercially bought clothes to second hand or thrift stores. In mostly younger generations, the act of thrifting is becoming increasingly popular, as older trends are coming back into style; such as mom jeans, scrunchies, band-tees, and other vintage articles of clothing. People are also choosing to exchange single-use plastics for multi-use products. Plastic bags, water bottles, and straws are being discarded for tote bags, stainless steel water bottles, and metal straws. The vegetarian and vegan lifestyle attract young people who want to try to help solve the issue of pollution as well, some even participating in meatless Mondays or just reducing their meat consumption in general.

But what is the reasoning behind all of these new trends? The answer is simple: ethical consumption. Ethical consumption is the concept of practicing “dollar voting” or only buying products that promote a clean and healthy environment. For example, second hand stores utilize the reuse of clothing that would otherwise end up in a landfill, and multi-use products reduce the amount of plastic waste being bought. Vegetarian and vegan diets severely cut down on the meat industry because of the environmental complications that come with the huge outlays of pesticides, fertilizer, fuel, feed and water created by the industry. The production process of the meat/dairy industry also releases greenhouse gases, manure and a range of toxic chemicals into our air and water, and usually has terrible living conditions for its animals.

Companies produce based on what consumers want to buy, so if consumers stop purchasing single use plastics, cheaply made clothes, and meat/dairy products, less of these will be produced. When less of these products are produced, the amount of pollution created as a factory byproduct goes down.

But could this all be a silly trend cultivated by a generation obsessed with playing follow the leader? Lake Shore student, Faith Mikolajaczyk, a vegetarian and supporter of climate change action, expressed her belief that this new wave of change is essential to our survival. “Sustainability is the most important change our culture has gone through thus far,” she says. “It would be considered a trend if our planet wasn’t in a serious crisis.” In a poll of 61 people, 69% agreed that sustainability is an important change in our culture today, while 31% said that it’s only a fad.

In the end, it’s really up to you to decide for yourself. Will sustainability continue to be a part of the general public’s lives for generations to come? Or will it simply die out as many trends do? Among all of these questions, one thing is absolutely certain: climate change is real and we must do something soon to stop the rapid death of the planet. If people in power don’t work together to find a solution, it won’t really matter if you buy grass fed beef, anyway.