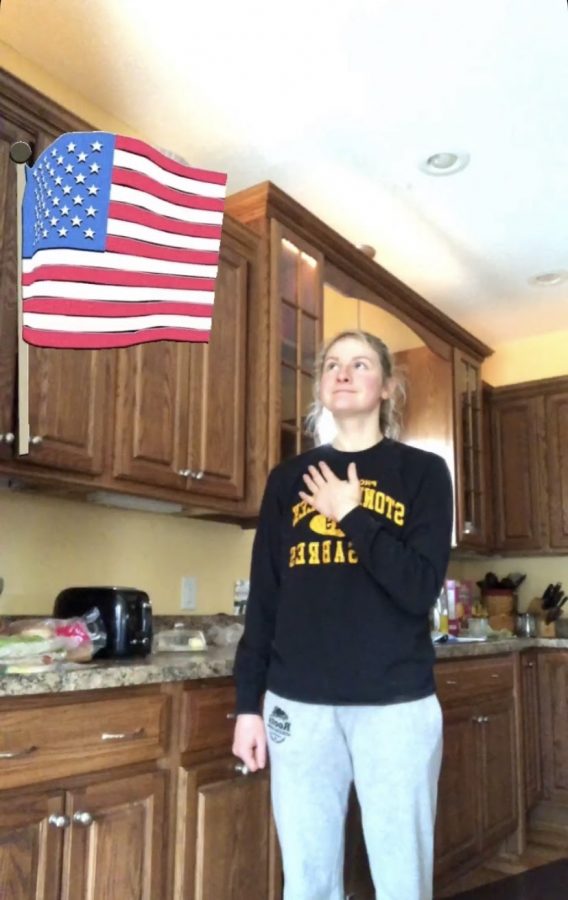 Mary Kromer stands for the Pledge to the Flag…in her kitchen.

Never did I once think that I would miss going to school. Come to find out, being cooped up in the house all day, every day, isn’t all that great. That need for social interaction is very prominent now that I don’t have access to it every day.

2.)  The Pledge of Allegiance

Now, this is something you have done since your first day of kindergarten. It has been drilled into your head over and over for years. Doesn’t it feel weird not to say or hear it every morning? Luckily, some social- distancing seniors took it into their own hands to take some time out of their morning to say the Pledge (pictured  below from top to bottom: Mary Kromer, Brendan Janik & Steven Cvetanovich, Matthew Thomas, and Sarah Bovo with fury friend). 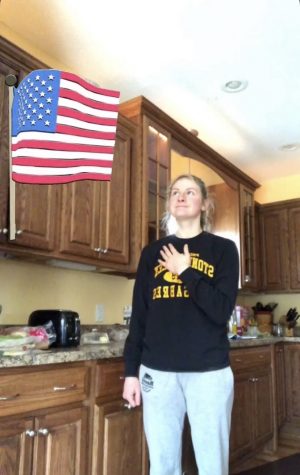 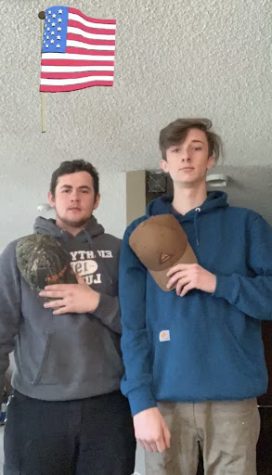 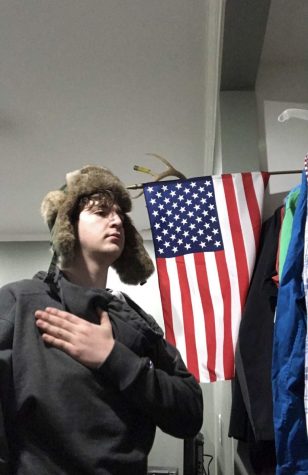 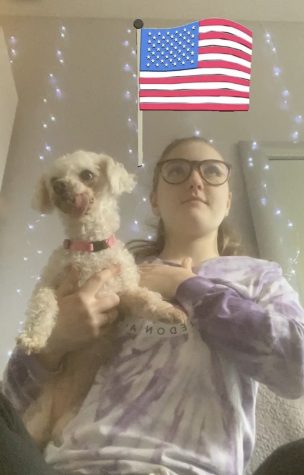 As much as everyone hates going to class and having to sit there for 40 minutes, I think it’s safe to say that it’s much easier to go to class and do work with a teacher than it is to have to do the work by yourself at home.

Even though we have access to these very simple amenities at home, the fact that they just don’t taste the same as the ones at school is something everyone can agree on.

Life was so much simpler when we had a schedule to follow. Although it was repetitive, it was something we all lived by. Knowing we had to be at a certain place at a certain time gave us responsibility.

You know exactly what I mean. That stuff just hit different. The uniform stream, the motion sensor, it was the pinnacle of water filling systems. We all stayed hydrated because of those.

Even though it wasn’t strenuous activity, it was one of the more entertaining classes to be in. The teachers were entertaining, as well.

Study hall in the library was where it was at. There was a myriad of activities to do, and it was the best place to meet up with friends. It was even better when the teacher wasn’t there and your class was in the library. Those days were the best days.

As much as it stinks getting up early, it’s a lot better than sleeping your day away. Nowadays, next thing you know, it’s 3 o’clock in the afternoon.

You name it, practice, games, tryouts. On a normal day, you might dread it, but now that it’s not even an option to go, you miss it.

Even though these things may not have seemed significant on a normal school day, now that there is no such thing as a “school day” for the time being, it’s easy to miss all of them. It just goes to show that you don’t really notice the good things until they’re gone.