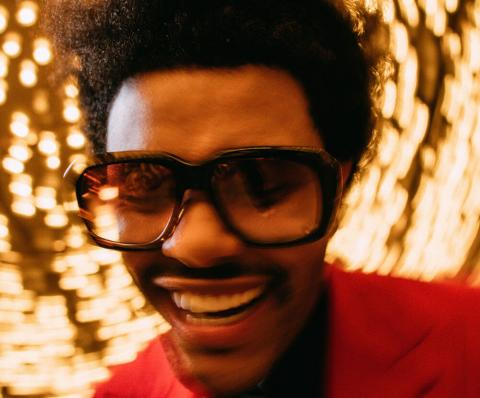 Music Review: After Hours – The Weeknd

One of music’s biggest voices, The Weeknd, has finally released his much anticipated fourth studio album, After Hours. The album has smashed the Billboard charts with over 445K units, making it the biggest debut of 2020.

If you’re a long time The Weeknd fan, you know his sound has constantly changed. From dark, gritty r&b to modern pop, to hip hop, he has always been experimenting with his sound. After Hours meshes his 10 years of work in the music industry and combines all of his sounds to form one of his best works in recent years. His anti-hero persona is all over the record, by this time giving it more of a cinematic vibe, channeling his inner Joker. “Faith,” one of the album’s many highlights, has him singing about parties over a somber hard-hitting beat that switches into a deep ambient sound. Tracks like “In Your Eyes” and the popular lead single “Blinding Lights”, let The Weeknd embody a strong 80s synth funk-pop sound that would get a nod from his idol, Prince, himself. “Hardest to Love” and “Too Late” has The Weeknd blaming himself for his failed relationships over a fast-paced, pop dance beat. The album closes with ghostly “Until I Bleed Out” and leaves you wanting more songs.

The Weeknd has created a middle ground between his more mainstream sound that you hear on the radio and his original, dark, ominous sound that inspired many other artists of today. Overall, this album has a little something for everyone with catchy pop tunes and raw, somber and lyrical songs. It makes for a really great listen while on our break, in case you’ve run out of music and are looking for something new.