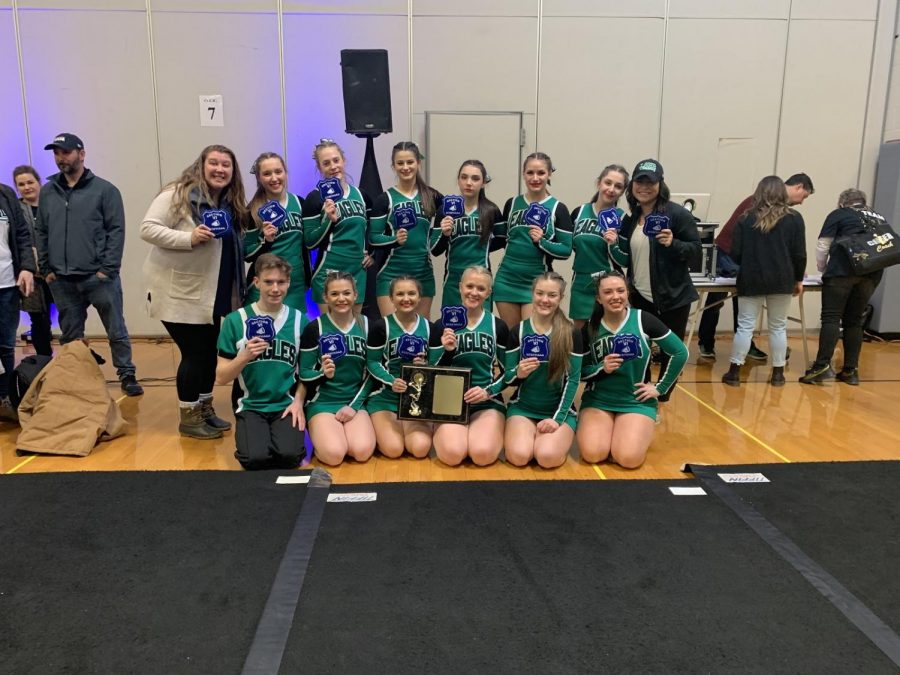 Sectional Titles don’t come around often here at Lake Shore. However, this co-ed team has managed to have two back-to-back titles making them the only team in Section VI to ever do this.

On February 9th, 2020, Sectionals were held at Starpoint high school. Lake Shore competed in the morning session along with Lockport, Eden, and Silver Creek in the Co Ed division.

Lake Shore scored an 83.03 to name them the section VI Co Ed winner and Lockport scored an 80.43 to place second in their division. Both teams headed to NYSPHSAA states at RIT, March 7, 2020.

Last year, Lake Shore captured another Section Title for the Co Ed division. Frontier went to states alongside them. Lake Shore placed 5th in the state for the Co-Ed division and Frontier Placed 2nd last year at states.

This year, Lake Shore placed 9th in the state for the Co-Ed division and Lockport placed 7th at states.

It is undeniable the talent this team possesses and how much they can accomplish. In just the winter 2019-2020 season, this team has accomplished the following: Winter ECIC Champions with Sarah Bovo and Caroline Gaskin receiving the ECIC all-star award, Section VI Co-Ed Champions (their second blue patch of the season), 9th place NYSPHSAA states with Carlene Dils receiving the sportsmanship award, and three 2019-2020 All-WNY Winter Scholar Athlete Honorable Mention: Sarah Bovo, Carlene Dils and Maela Murtha.

Varsity Coach Val Lattin gives the run-down on how the journey went, “Saturday, March 7, 2020 were the 2020 NYSPHSAA Cheerleading Championships – the 5th year our sport has had a state championship. We had to qualify in order to compete at the state level by winning our sectionals on Sunday, February 9, 2020 (Section VI Cheerleading Coed Champions – a repeat title from 2019). There are 5 divisions total at the competition: D1 Large, D1 Small, D2 Large, D2 Small, and Coed. Lake Shore High School Varsity Cheerleading competed in the Coed division with 12 athletes including 6 seniors. The competition was made up of 2 rounds: preliminary and finals. All teams compete in the preliminary round, and once everyone is done, the top 5 teams in each of the 5 divisions move on to the finals and compete again for the chance at a State Title. We performed at 11:20am and had a near perfect routine, with a .25 deduction for a bobble in our pyramid. They fought hard and walked off the mat as a family. We ended up placing 9th in the State in the Coed division – a huge accomplishment.”

I have been a part of the cheerleading program at Lake Shore throughout my four years at high school. If you were to ask me if my team would be section champions twice as well as going to states twice, I wouldn’t believe you. Now, I believe that this team can accomplish anything. I’m thankful for all the memories cheerleading at Lake Shore has brought me. I wish nothing but the best for the future teams to come and enjoy the experiences I had.